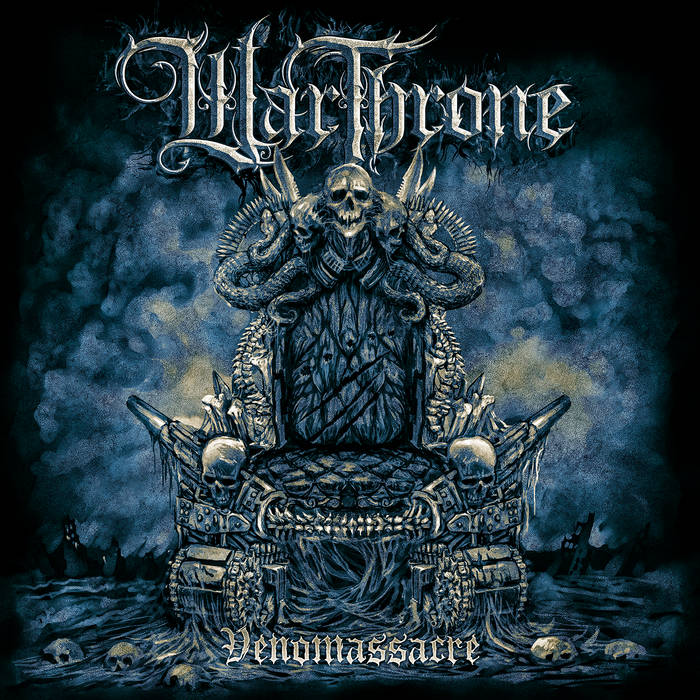 Warthrone creates a dichotomy of extreme and intense metal with epic haunting passages and symphonic blistering structures throughout and combines influences that range from symphonic Black Metal to Death/grind which was presented on their self-released debut 6 song EP “Ghoststorm Eulogy” in 2005. After a brief hiatus, in July of 2014 they were back full force to release their 8 song full-length album entitled Venomassacre.
This album was released by Virginia’s Lost Apparitions Records (Brutality, Criminal Element, Abominog, Deceased etc) on CD and digitally including a remastered version of Ghoststorm Eulogy as bonus tracks. This release found positive reviews and attention of the worldwide underground scene including over 40,000 likes on Facebook.
Warthrone's sound pushes the boundaries of what standard black/death metal is known for, keeping harsh vocals and tasteful, yet brutal musicianship throughout the spectrum of the music while still maintaining memorable riffs at a furious pace. Warthrone display an attack of symphonic black metal and brutal death metal that flows together without feeling like one specific genre. Warthrone's signature sound can best be described as intense haunting black death metal that shows a lot of roots in the old-school death metal scene, while blasting a fresh breath of air into what the typical symphonic black metal sound is categorized as. Combining the various styles of extreme metal creates a unique style that could possibly draw elements of comparison from older Dimmu Borgir, Marduk, Setherial, Old Man's Child, Immortal, Hypocrisy to Cannibal Corpse, Carach Angren, Death or Obituary.
Warthrone are currently finishing the brand new full length “Crown Of The Apocalypse”.
More info can be found on www.warthronemetal.com