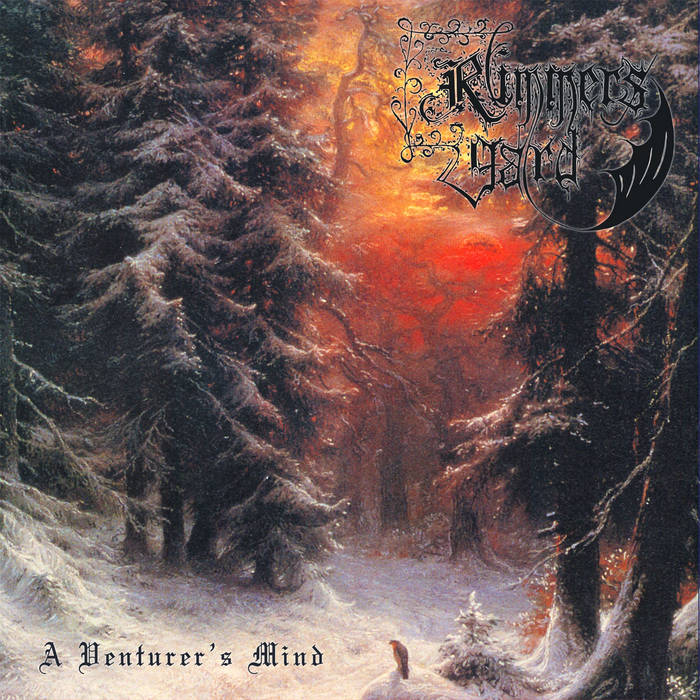 Re-release of Demo 1 (1997) originally issued by Sombre Records with 2 bonus tracks.
Warning - re-release presented in original sound quality of record master made back in time ... no re-masters, no digital upgrades!

CASUS BELLI MUSICA and BEVERINA PRODUCTIONS present their joint retrospective and nostalgic release, the lost diamond whose time has come again to be found – RIMMERSGARD "A Venturer's Mind"!

RIMMERSGARD was founded in 1995 by Cruinh, Asmon, Ronny in Mildenau, a cosy village in the heart of the Ore Mountains located in Saxony. In 1997 “Demo 1 (‘97)” was recorded alive, and subsequently released by Sombre Records in MC format. In 2001 the second release, CD "ErzHerz", was issued.

RIMMERSGARD’s music is inspired by BATHORY of the epic period, STORM, WONGRAVEN and some groups of the beginning of the 90’s, and the lyrics is filled with the atmosphere of the works by J. R. R. Tolkien and Tad Williams.

While working on this re-issue the decision was made to keep the original sound and do not "change" or "enhance" it. The release design also repeats the original MC edition in many ways.

We invite you to touch this forgotten treasure again, find this underground spirit of the 90’s, feel the young years of Epic Fantasy Metal (and, probably, remember your own youth :))!