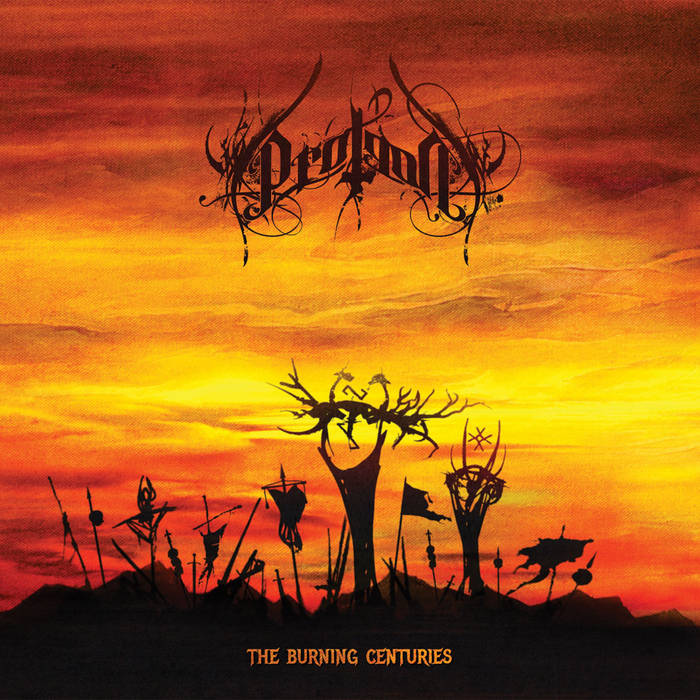 H.L. PROTEAN are really special: Heavy as hell, intense like a thunderstorm and haunting like a shamanistic ritual. Consequently, it is not surprising, that it is impossible to link them to a specific genre. You will hear influences from black, death or doom metal and also acoustic interludes. Vocal-wise there is black metal orientation within the raw vocals, but also some clear singing can be heard ("Swordwraith"). Especially "Bringer of Fear" is an "11 of 10 points"-song! Favorite track: Bringer Of Fear.

The Burning Centuries by Latvian Black Metal project Protean is a musical journey through the history and various nations, focusing on the tales of their warfare, mythology and legends. From the grim times of the Punic Wars, when Hannibal, the scourge of the Roman Republic, crossed the Alps, to the 15th century Hungarian Black Army's bloody clashes with the Ottoman Turks. From the sagas of the Northmen and the flames of their burning longships to the dark legends of foreign sorcerer lords of the Latvian past. Protean has engulfed it all in seven songs, each having its unique sound and approach to the story revealed in the lyrics.