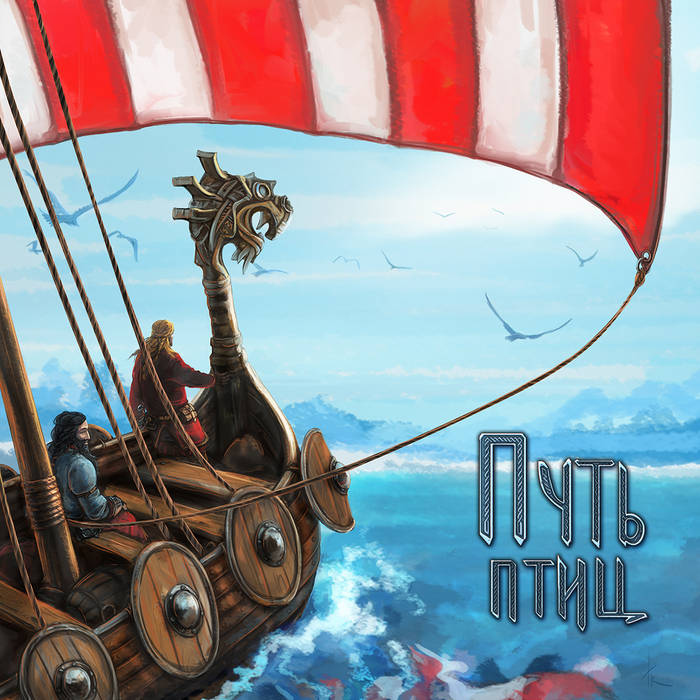 davidking1530 This music brought a lump to my throat and tear to my eye. Rarely have I had such a strong emotional reaction, especially from the first listen. Similiar to Skyforger's Zobena dziesma, but more layered and with female vocals. Truly soul stirring and the best music I have heard in a long time. Favorite track: Путь птиц (Birds’ Way).

The authors of the project are an arranger Aleksey
Solov’yev (SERDTSE-KAMEN, CHERNAVA YARA, ex-
ALKONOST), and a female singer Aleksandra Terekhina
create in a vein of nordwave folk combining strongly
marked rhythmical patterns, epic melodies, inclusions
of the male choir and heartfelt female vocal parts. The
songs of BIRDS’ WAY is the interweaving of images
brought to Aleksandra Terekhina (an ethnographer by
training) during ethnographical expeditions in Siberia,
authentic themes of indigenous Arctic ethnic groups,
and fine books read in youth.

The mini-album is released in vinyl format as one-sided
12”LP (half transparent blue with white, dark blue
and red splatters) in an edition of 100 numbered copies
(85 copies in standard envelopes, and 15 copies as deluxe velvet gatefold edition). Every copy of LP includes a code for download of the digital version with additional materials including lyrics in Russian and English. The lyrics are translated into English
by a translator Sergey AR Pavlov (ARKONA, ALKONOST,
MUNRUTHEL, HAGL, MASTER (USA/Czech)).