by All My Sins 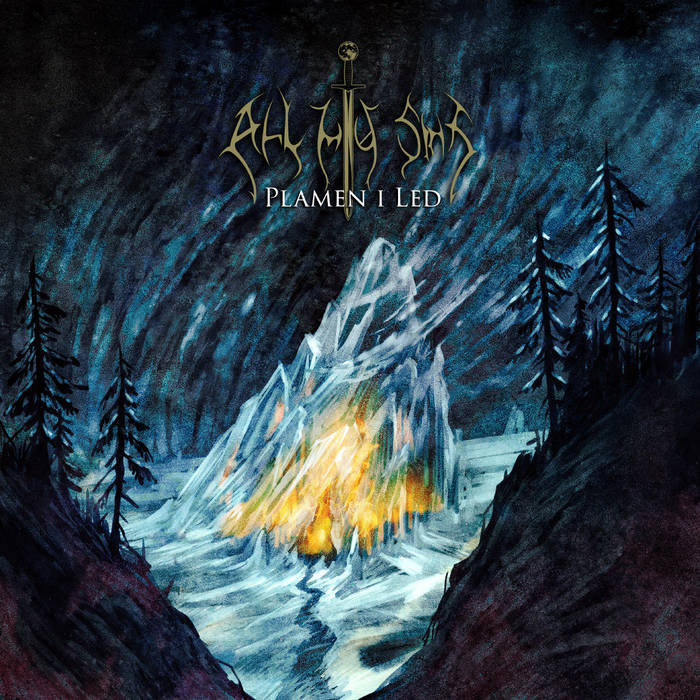 The Alliance of Casus Belli Musica and Beverina announces ALL MY SINS’ new release for February 2020!

"Plamen i Led" (eng. Flame and Ice) - two primordial symbols that are equally represented and comprehensible in all Slavic languages and a southern-Slavic transliteration that consistently reflects the duality and the inner essence captured within this record, is a special release consisting of two exclusive cover tracks.

"The first track offers our own interpretation of Slavic madness originally delivered by Yugoslavian dark-art Luna with "Nestvarne Stvari" album back in 1984.

The second one is our personal view upon the world of polar eclipses and shamanic visions from the Russian North, Old Wainds and their "Scalding Coldness" originally issued in 2005.

Finally there is a new re-shaped version of "Where The Wild Winds Blow" taken from the second demo of All My Sins in 2004, included as a special bonus for this record." - V

Spanning around 20 minutes, "Plamen i Led" is a type of release that pervades both EP and 7" single formats, a release where past echoes meet the genesis of a new creation, merging two worlds into a one unique vision before the new moon unveils its face.